The ripple effects of a cashless society 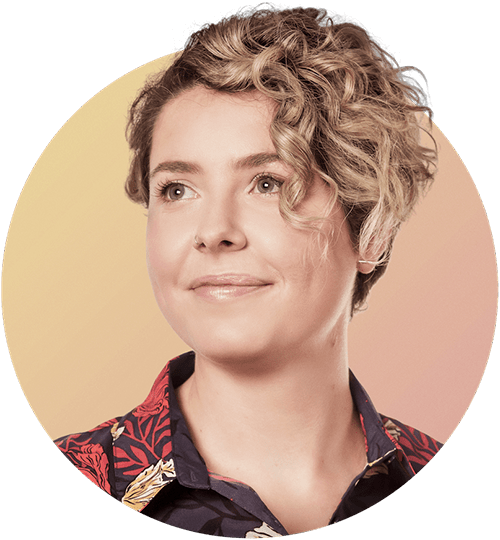 Alexa directs our insight team and partners, making sure our techniques and tools align to industry best practice whilst pushing the boundaries of what’s possible by exploring new technologies and data pools

“I first started to think about the effects of cashless society a few years ago when faced with fewer coins to buy a Big Issue or to pass to homeless on the streets. I’ve been more and more conscious of this social change which is emphasised by commentators pondering the consequences as entire cities are becoming completely cashless; like Seoul or Sweden. The most obvious impact is that it exacerbates inequality even further. Cash is something that can be used by anyone no matter how rich or poor, technology, on the other hand, excludes. Clearly, the implications of a digital economy vary but its effects on cybercrime, the change in criminal behaviour and therefore the new types of perpetrators are alarming. Our guest author Richard has written about such implications. These to are inextricably linked to the growing class divide and I can see exaggerating it even more. What does this mean for the digital economy and digital companies? It’s likely to pave the way for an alternative to the traditional banking systems, we might see more companies using alternative currencies and technologies in cashless transactions, and as such, I can see blockchain eliminating some of these issues but not all. We still have to find a way to include those less fortunate (providing access to necessary technology) but we will also need to be more creative in protecting all in society from those criminals taking advantage of this shift.”

The use of cash has been declining for decades. Increasingly, it’s being replaced by a wide variety of digital payment platforms, everything from debit and credit cards to smartphones and cryptocurrencies. As these payment platforms continue to acquire more market share it’s not far-fetched to imagine a world with no cash whatsoever. Because digitized platforms are secure, traceable, and more efficient, some countries have decided to make a cashless shift the centerpiece of their economic policy, including Sweden and Israel. On the other end of the development spectrum, in countries such as Somaliland, India, and Uruguay, the traditional consumer-based brick and mortar banking system is being supplanted by digital platforms to afford citizens greater access to local and global trade markets ill-served by cash.

These changes have had consequences beyond personal finance and commerce. It turns out the transition from cash to digital transactions has played a major — if perhaps unanticipated — role in helping to reduce street crime. A significant source of cash in poor, high-crime neighbourhoods traditionally took the form of welfare cheques. The poor, lacking access to banks accounts, had to cash these cheques and carry physical money with them or keep it in their homes. This made them vulnerable to predatory crimes, such as theft and robbery. In a recent study, we found that when the U.S. government decided to replace welfare cheques with debit cards, this led to a 10 percent reduction in street crimes like burglary, theft, and assault. Our hypothesis is that the introduction of debit card systems to disburse benefits decreased the amount of cash available for crime.

No one fears the demise of cash more than street criminals. For obvious reasons, they want to avoid electronic payments, which are traceable. Cash, on the other hand, is uniquely liquid, anonymous, and untraceable. In other words, perfect for crime. As one street criminal explained to us: “If they get rid of cash, there won’t be no way for the non-working man to make a living.”

Over the past two decades, much of the world has experienced an unprecedented drop in street crime. Many factors contributed to that drop, but certainly among them was the declining use of cash and the rise of the digital economy. By replacing cash, digital payments reduced opportunities for street crime.

All law-abiding citizens, especially those in high-crime areas, would agree that this is a welcome development. The evidence suggests, however, that the decreased use of cash and increased reliance on digital payments has been a double-edged sword. It has served to cut street crime, even as it has helped to make cybercrime possible. In that sense, the rise of the digital economy is changing the nature of crime itself, shifting the balance of criminal opportunities from the street to cyberspace. We see this not only in news reports of ever more spectacular hacks of global corporations, but also in the massive increase in identity theft and online credit card fraud.

But the movement away from cash in favour of digital transactions is not only changing the nature of crime. It’s also changing the nature of its victims and offenders. We doubt, for example, that many of those reading this column have been robbed at gun or knifepoint, whereas many of you have had your credit card information stolen.

Put differently, the real beneficiaries of the almost universal drop in street crime aren’t you and me, at least not mostly. They’re the residents of the world’s toughest and most tragic neighbourhoods. That’s where most street crime happens. Now, with the increasing dominance of the digital economy, crime victims are starting to look a lot more like us — and so are the offenders.

What is happening to offenders in the face of a rapidly digitizing economy? Street criminals haven’t abandoned robbery, burglary, and theft to take up cybercrime. This is where we see the criminological impact of the so-called digital divide; street criminals are being left behind because they lack the technological skills and access to keep up.

As the gap widens between the digital haves and have-nots, we’re creating a modern form of feudalism, where the poor are locked into place not just by a lack of money, but by a lack of access to a new world of technological and financial criminal opportunities. A new breed of cybercriminals is taking their place, and they’re much better off, both financially and technologically. Essentially, crime is a resource, and the rich are in the process of stealing it from the poor.

Few will lament the fact that the rise of the digital economy offers few opportunities for street criminals to ply their trade. It is worth pondering, however, what will become of these individuals as cash disappears altogether. A glimpse into that future might be provided by the homeless populations of the world’s urban centres, whose plight can only be exacerbated by the march of technology.

The new challenge will be figuring out how to protect ourselves against the emergent threat of cybercrime, where the losses are potentially much greater, more widespread, and perhaps perpetrated by an offender living on another continent. It certainly will require new forms of cooperation between governments and industry, but what those might look like remains very much in flux.

One thing is clear. Much like the street criminals they were established to control, local law enforcement agencies too are in danger of being left behind by rise of the digital economy, and the new breed of cybercriminals it has spawned.