Service Design Network is a global platform for connecting like-minded creative types on a mission to improve services and products for people. SDN had its first meetup in Scotland to discuss Foresight — we’ve written some highlights for those that couldn’t make it. 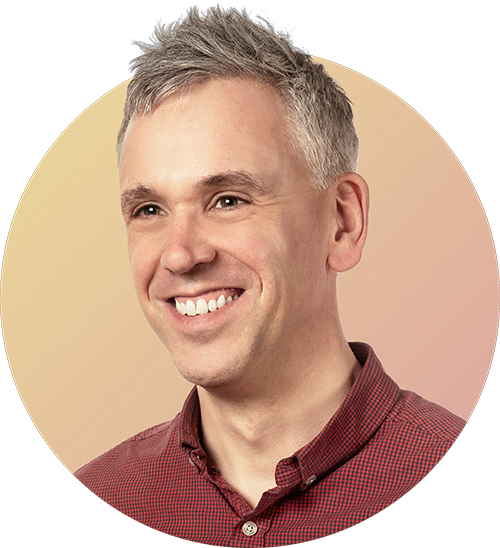 Neil is a design leader, speaker and foresight practitioner, who cares about making an impact for people and profit through insight and design.

Introduced by SDN committee members Nicola Hancock and Ruth Watson, who set the inspirational tone by reinforcing SDN UK’s ambition to help join the dots, strengthen the network by driving local support and grow the service design community in Scotland — an ambition shared by the 80+ attendees who made it along to Whitespace on the night.

The theme was Foresight and was addressed in three entertaining and enlightening talks from a range of experts across academia, public and private sectors.

Challenge your thinking with Foresight

Nile’s Practice Director Neil Collman was the first to introduce the topic of Foresight on the night by describing the value Foresight can bring to service design projects. He said, ‘it allows us to question our preconceptions of what is to come’. Speaking of his learnings from the Institute for the Future (IFTF) in California, Neil explained that challenging our thinking about the future is not a new practice, in fact, it has been formalised and pursued by IFTF for the past 50 years. His main conclusion? ‘As people, we’re not very good thinking about the future. With that, it could be easy to dismiss futures thinking as a luxury that often fails, however, to ignore the practice could be even more damaging.’

We’re not very good thinking about the future — but using Foresight we could be better at it.

Here’s a short overview on Foresight for those feeling a little lost. Foresight methodologies embrace the complexity of predicting the future and help to divorce ourselves from our personal bias and assumptions. Building visions of the future can help identify multiple possible future scenarios rather than just one probable future which follows the established trajectory of trends. From identifying what is possible we can decide what’s preferable and design with the ambition of moving towards that goal. This process often begins with identifying Signals; small innovations or disruptions on the peripheries, as opposed to designing for the latest shiny technology or addressing simple problems. Signals allow us to identify opportunities for change, kick-starting the design process by acting as inspiration and provocation.

Make Scotland a better country to be born, live and die

Anna Henderson and Stephen Adams, Service Designers from the Scottish Government, carried the baton from Neil to discuss the complexity of communicating great design, a challenge we must all embrace. If great design is invisible until it goes wrong, how do we communicate its value? Especially when its human-centred design at a scale that could shape, become and replace Government policy. Anna and Stephen asked, “Will ‘design thinking’ make Scotland a better country to be born, live and die?”

In imagining a better country and designing for sustainable systems, the Scottish Government team spoke about some of the complex challenges that impact a future Scotland — one in three GP visits address a mental health issue. Does more of what we have now illicit positive change? Would more GPs reduce the number of patients that seek treatment? Probably not. So how do we create a vision of a world where these problems aren’t an issue and how do we design steps towards a better future?

Our third speaker Arno Verhoeven, Programme Director of Design for Change at Edinburgh University, asked us to think about the next big ’What If?’ rather than the next big ‘Thing.’

Arno examined the philosophy of design and of change using Herbert Simon’s view that design is an action that occurs in the space between an existing state and a preferred state, between a problem and a solution. Arno asked, “Who decides that the existing state is a problem?” Problems are subjective regardless of context; solutions, however, many already exist and need only be applied to different contexts: “Worldmaking as we know it always starts from worlds already on hand: the making is remaking.”

In other words, “the future is already here — it’s just not evenly distributed.” By paying a little closer attention to your peripheral vision you may start to gain a serious strategic advantage. What if the future is already under your feet and you just haven’t realised it?

If you’re interested in learning more about Foresight and how it can challenge your thinking to identify opportunities for real innovation, get in touch.

Practicing foresight as a service designer

Want to be a futurist? Start by cultivating these four habits

Why it’s difficult to think about the future