Being a changemaker is lonely. Don’t do it alone.

15 years of working on the frontlines of design and change have taught us some hard truths about transforming organisations. Here are four lessons that every changemaker needs to know to feel less alone. 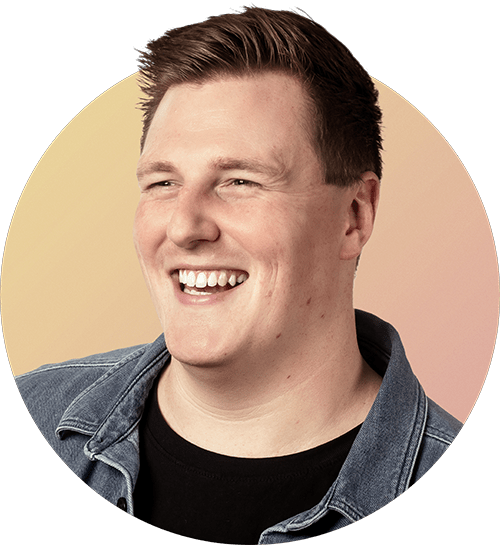 Luke leads Nile's strategic design practice, and shapes much of our financial services work. He's an expert at helping teams get to grips with strategy and make better decisions for their customers and their business.

On 20 August 2018, a 15-year-old girl skipped school to sit outside the Swedish parliament on her own. Two long braids hung over her yellow raincoat as she held a homemade sign that read “School strike for climate”.

Recounting the moment to a reporter later, she said: “I tried to bring people along to join me, but no one was really interested. And so I had to do it by myself.”

That schoolgirl was Greta Thunberg. And her lone protest single-handedly sparked a global youth movement. The once lonely figure is now anything but alone in her crusade to save the world from the climate crisis.

Like Greta, nearly all changemakers start their journeys on their own. They’re the ones out there swimming against the tide when no one else is brave enough to venture into the murky waters. But to have any real impact you need others to join you.

As Head of Consulting at Nile, my favourite clients are the changemakers. Ambitious people within organisations who inspire movement. Strategic thinkers who aren’t afraid to grapple with the gnarliest of problems and who know they’re part of the solution.

And yet, I also know all too well how lonely it can be to make meaningful change. Most of the changemakers we work with tell us they feel isolated. They’re pushing against the inertia of their large organisations, taking risks and trying new things but without any support.

Our 15 years of working on the frontlines of design and change have taught us some hard truths about what it takes to innovate within customer-centric organisations. Here are four lessons that every changemaker needs to know to feel less alone:

1. Find the voice of the customer

It’s tough speaking out when you feel like you’re a lone voice.

But when you bring the voice of the customer into the conversation, suddenly you’re not a lone voice any more. Suddenly you can move mountains.

Here at Nile our favourite lever for moving mountains is continuous discovery. More than just a one-off research spike, some of the most successful transformations we’ve guided are fuelled by small-scale free-range research teams planted within an organisation.

These research teams continually feed a growing knowledge bank of usable, targeted insight. They create a slow-moving tidal wave of evidence, sweeping aside guesswork and assumptions in the face of clear customer insight.

A mantra we live by at Nile is: “The opposite of customer research is guessing”. And with a practice of continuous discovery, entrenched guesswork doesn’t stand a chance.

Tesco Bank wanted to create a sustainable way to involve customers throughout the design process. And to embed user insight at their organisation’s core.

Find out how we helped Tesco Bank

2. Focus on outcomes, not output

There’s a subtle but important difference between business outcomes and outputs. An outcome is what an organisation wants to achieve; an output is the action that gets them there.

An outcome might be “increase customer satisfaction”. An output could be “build a new digital contact centre to better serve customers”

Time and time again we see organisations forget about the outcome and focus on the output. Making a ‘thing’ is much easier than making a change, after all.

Being dedicated to the problem is harder, but demands you make new connections. Real problems rarely care about organisational structures.

Whenever we’ve helped Changemakers focus on value – not just for the user, but also for the business – we’ve watched them build alliances across the business, bringing teams and stakeholders together in unexpected ways.

Put simply, always be dedicated to the problem, not the solution. That way you’ll never be boxed in.

3. Don’t fall in love with your first idea

I often come across teams with the mindset, “we said we’d do it, so now we have to do it.” They want to deliver a new product or service at all costs, regardless of whether the customer – or indeed the business – actually wants it.

Usually it’s when a changemaker can’t let go of an idea that gave them a breakthrough.

And yet, most of the projects we’ve worked on started out as one idea and ended up somewhere completely different. We use an iterative process, researching and testing as we go. Often, that means leaving the initial ideas – however brilliant they were – behind us.

This is hard. In truth, the only way to be comfortable enough to let go of an idea is by having a culture of openness. Time and time again we remind our clients that their job is to make the best decisions with the information they have. Discovering new information doesn’t “prove you wrong” – it simply fuels better decision making.

Listen, it’s ok to fall in love with your ideas. Just be prepared to let them go when they no longer serve you.

4. Speak the language of change

Even when different people within an organisation are united by the same goal, progress can get slowed by communication problems. And as a changemaker you can begin to feel like an outsider in your own team when you begin to bring in different specialisms.

For example, take designers, or developers, or lawyers. They all have their own shorthand – so much so that it can feel like everyone’s speaking an entirely different language (trust me I’ve worked with all three.)

Changemakers who deliberately position themselves as the bridge between disciplines – who make sure everyone is on the same page – are the ones who most reliably foster collaboration deliver the best outcomes.

If you can’t talk in a shared language, it’s near impossible to work together.

Nile is here for the changemakers. You don’t have to do it alone. Get in touch today and let’s talk about how you can make an impact.

Remote teams fall apart. This is the framework Nile uses to keep them together.

Want to be a futurist? Start by cultivating these four habits