Disruptive technologies like blockchain are redefining how organisations are structured and offering lucrative new opportunities for innovation in service and experience design. 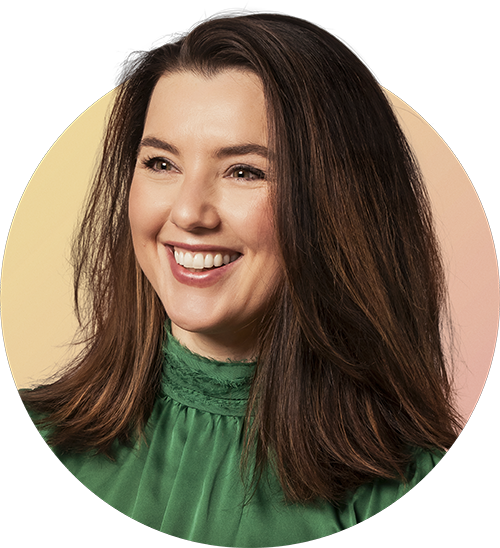 The idea of a team or organisation with no-one in charge might sound like madness, but the hierarchical models of management still used by so many companies today were designed for drastically different societies and economies. In the digital age, we need new models that fit the needs of the people and businesses that use them. According to researchers, replacing hierarchies with flat structures may be a good place to start, but organisations that really want to innovate will need to go further if they’re going to improve both productivity and team relationships.

Last year, a joint experiment between the University of Amsterdam, Drexel University and Stanford Business School showed that hierarchy in the workplace could be bad for business. The study involved three-person teams developing and pitching a consultancy project to a prospective client. Some of the teams were given titles indicating their seniority, and others were just left to get on. The hierarchical teams struggled with infighting, while the egalitarian teams were able to collaborate, experiencing greater success as a result.

When it comes to imagining what could replace the century-old organisational models that still linger, new technologies have an important role. Blockchain, for example, offers the chance to streamline and automate many of the traditional functions of business and unearths an intriguing new concept for tomorrow’s organisations: distributed structures.

Bob Johansen holds the title of distinguished fellow at the Institute for the Future, a non-profit forecasting firm based in California and company partner to Nile. Bob led the organisation as president between 1996 and 2004 and is now a frequent keynote speaker and the author of 10 books related to business and leadership. For almost 40 years, he has helped organisations around the world prepare for the future — and shape it. Like us, he believes that blockchain holds great potential for reimagining organisations. In his words:

To understand how blockchain enables these new types of organisation, we need to stop thinking about the technology in purely financial terms. Yes, blockchain can be used to store and facilitate financial transactions, but it’s also being used to build digital platforms that are not hosted in any jurisdiction, are not registered in anybody’s name and cannot be censored. Using smart contracts, these distributed organisations — sometimes called decentralised autonomous organisations or DAOs — can fulfil all of the same functions as operators such as Airbnb, Uber and Deliveroo. As disruptive blockchain startup Aragon puts it, “for the first time in human history, we can let a thousand new governance models emerge, all from the comfort of our laptops”. The question is: when will they start providing consumers with real services?

Advancements in technology mean it’s becoming more difficult for organisations to make their money from transactions or products. DAOs that take advantage of blockchain tools like smart contracts can operate with no staff, office space or other traditional business costs, which means they can undercut existing platforms that charge a transaction fee. In the case of an organisation aiming to compete with existing platforms, this presents clear advantages and a unique selling point. For others, it simply means new opportunities to innovate and experiment at a fractional cost.

The shifts happening today indicate that we’ll see more and more companies moving from transaction and product-driven business models to service-driven alternatives. But that’s not the end of the story — the demands on services are changing too. Increasingly, service offerings from businesses and organisations will have to translate into an experience if they are to deliver real value for customers. These may be personal, professional or even transformative experiences, but it’s clear that the future of almost every industry lies in this area. In the brave new world of tomorrow, experiences will provide strong profitability, good business models and the chance to innovate.

Our approach at Nile has always been to focus on helping organisations innovate in terms of the experience they offer to their customers and clients. Whether it’s reexamining the end of life experience (a design challenge we worked on with the Royal Trinity Hospice) or launching the UK’s first cardless cash service, the experience focus has been at the forefront of our work, even before the emergence of the blockchain. Whether you’re technically-minded or not, tomorrow’s opportunities will be driven by engagement with the fresh ways of thinking offered by technology. Every organisation that’s involved in the design of new products and services should take note to stay ahead of the curve. We’ll continue sharing our experiments and thinking as it progresses — join the Nile community to follow us on the journey.

Sarah Ronald is founder of Nile, a Gold Cannes award winner and a pioneer in the field of commercial service design. She holds an MA in Psychology and an MSc in Human Computer Interaction, and she was an executive steering member of the British Interactive Media Association for five years and digital advisor to Number 10’s Great Campaign.

Christian Rhodes is a digital partner operating primarily in finance, wealth management, private banking and fintech. He has previously headed up the global digital team for HSBC Private Bank and is a founding member of Totalise Plc.

What’s next for workplace culture?